Today’s objective was very clear; make this powerful machine work the way I need it too for the weekend.  With only one lap in the car, I had picked up there was a lot to change to make the car more like mine, so I can feel comfortable aiming at the walls this weekend… 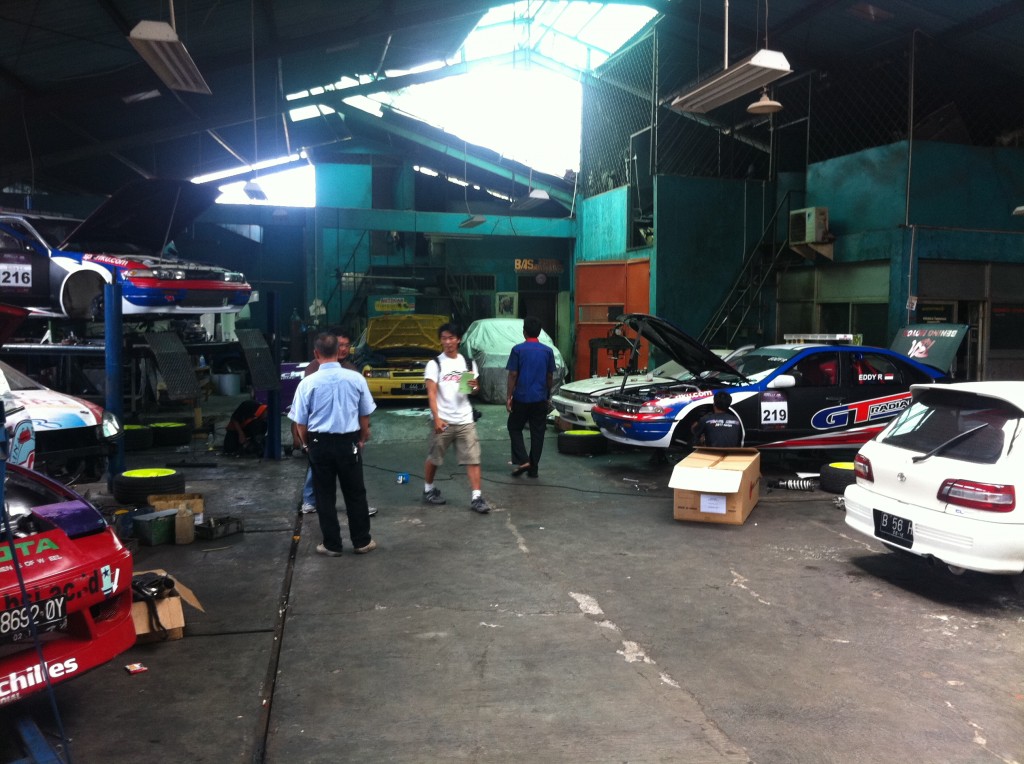 This meant a trip to Bening Motor to spend the day getting everything just right.  Our right hand man Kazauto Soon was with us to help, and to avoid any language barrier problems (he is the guy in the middle with the white KAZAUTO shirt on.

First of all was the seat and it’s position.  Eddy, the car owner, is not a big guy at all, so the practise lap was quite painful in his small seat locked into position and a long way forward. 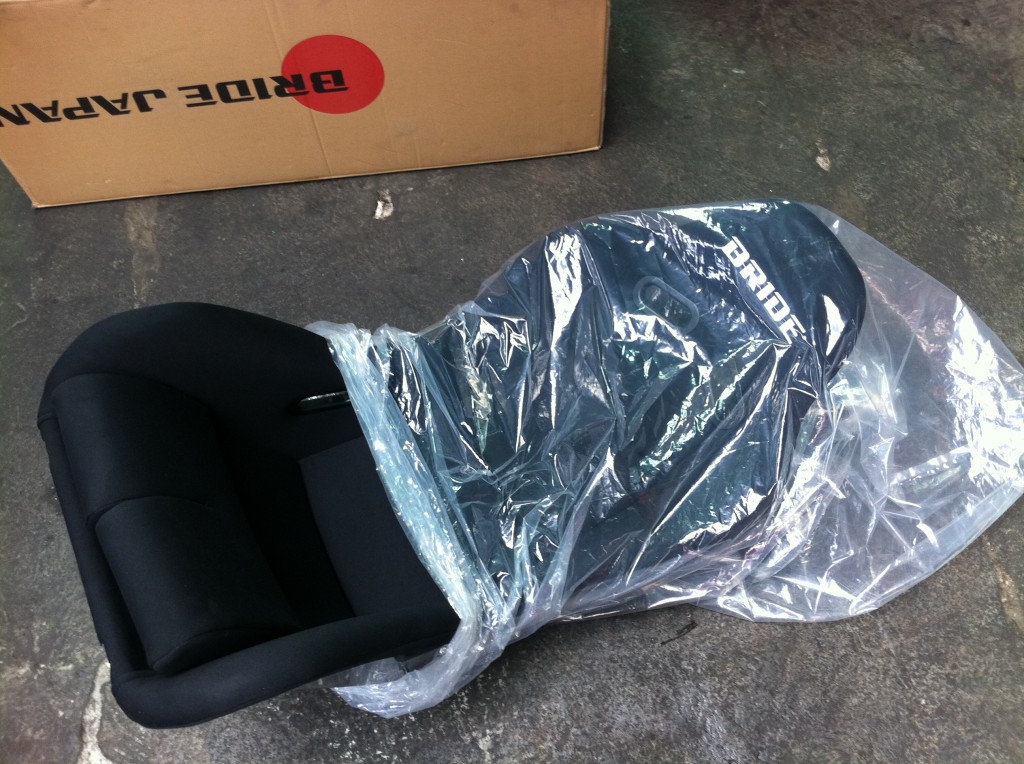 But GT Radial had it well and truely under control with a brand bew Bride Zeta XL waiting at the worksop ready to go.  The team made some adjustments to the frame, and a few test fits later, I was exactly where I wanted to be! 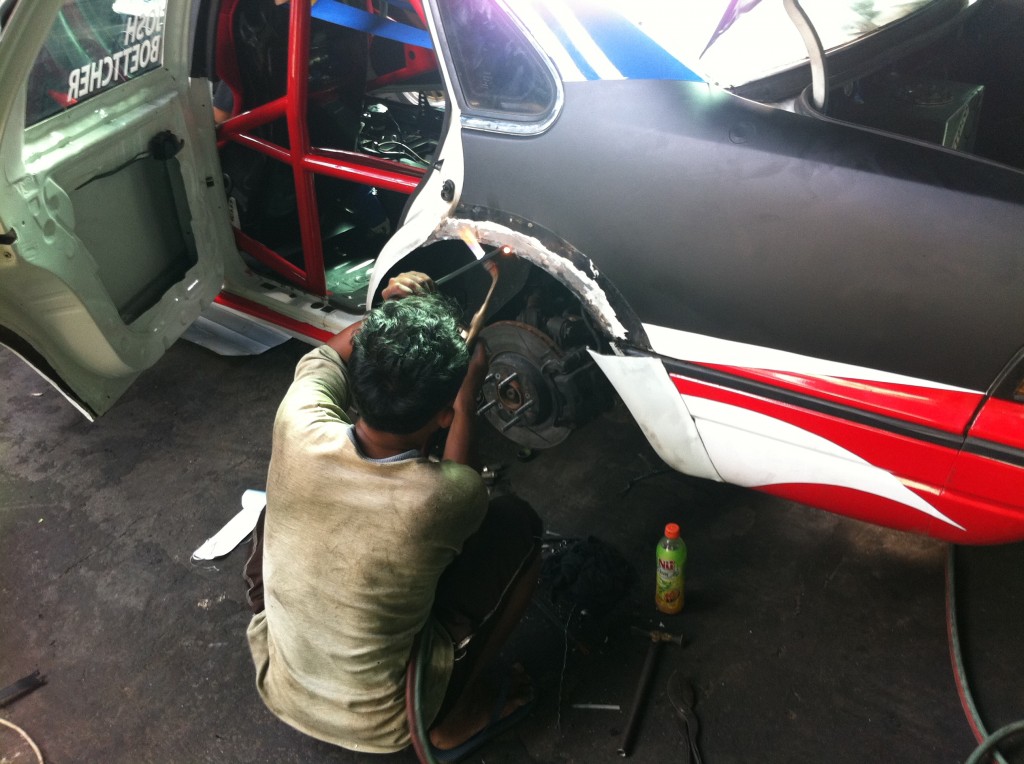 Apart from that, the car was basically a lot stiffer then I would like, and I didn’t have the feel I’m used to in the S15.  Also, the bigger size tyres I was running where hitting the guards, so a few modifications needed to be made to ensure full use of the suspension travel. 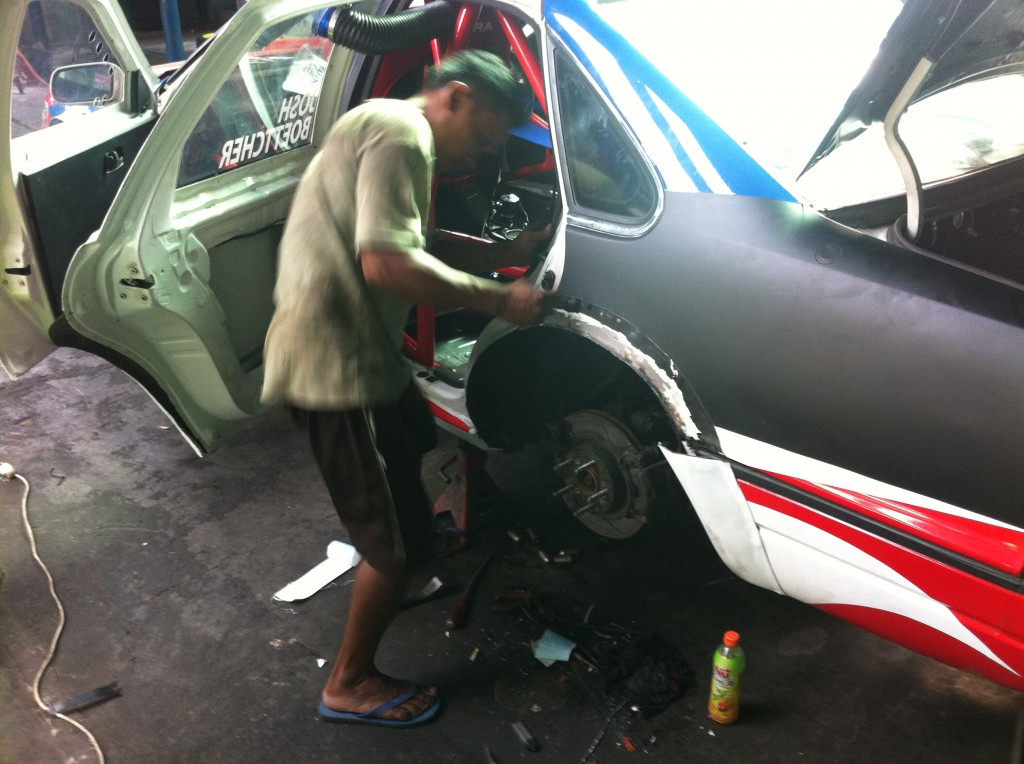 We also made a number of other adjustments to the car, including changing the wheel alignment to my usual settings.  Which was a little difficult without my usual crew chief and alignment pro, Dan, and the hi-tech Ian Boettcher Discount Tyres wheel alignment machine. 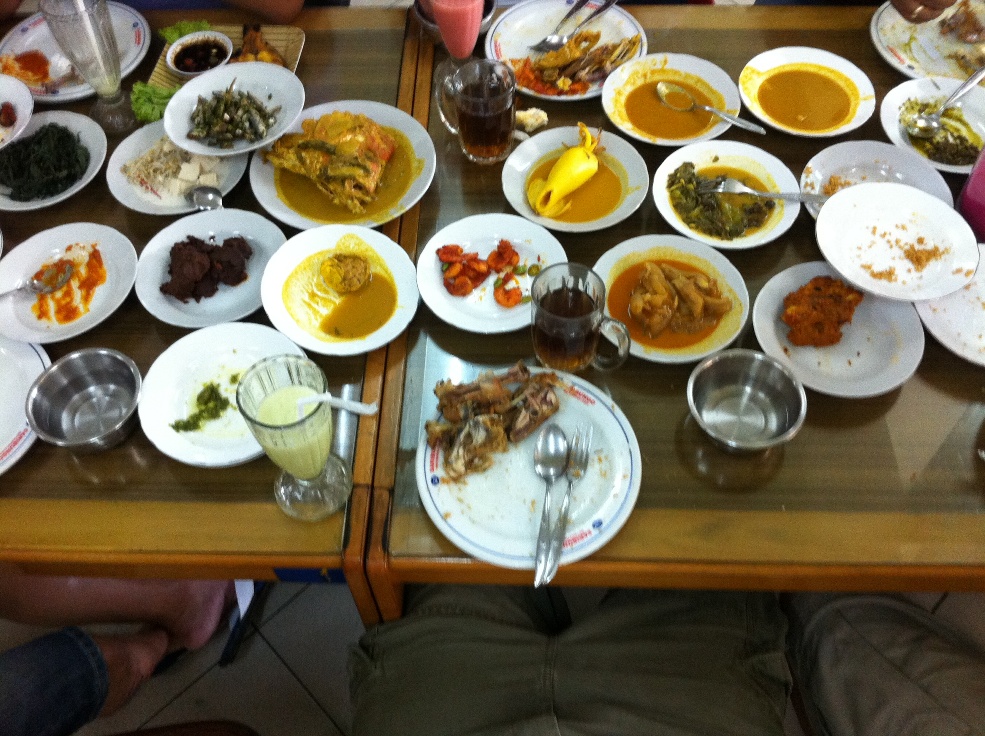 At lunch we headed just up the road to what I was told was a traditional Indonesian resturant.  Here, they put everything on the menu out on your table, and you just start eating what you want, and leave what you don’t.  And you are only charged for what you eat.  I made sure to steer clear of the above fish head that was staring at me and went for the more simple looking beef.  That was a mistake, I quickly sculled the hot tea in front of me to cool off, and surprisigly it helped!  I then went wised up and went for the fried chicken and was very happy with that! 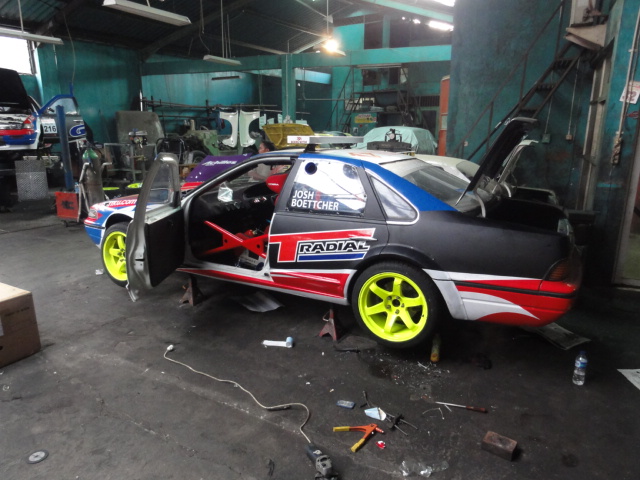 When we got back after lunch, the changes to the car were coming along quickly.  The guards were done, seat was in, along with the harness, the wheels were fitted again and they were now working on the wheel alignment. 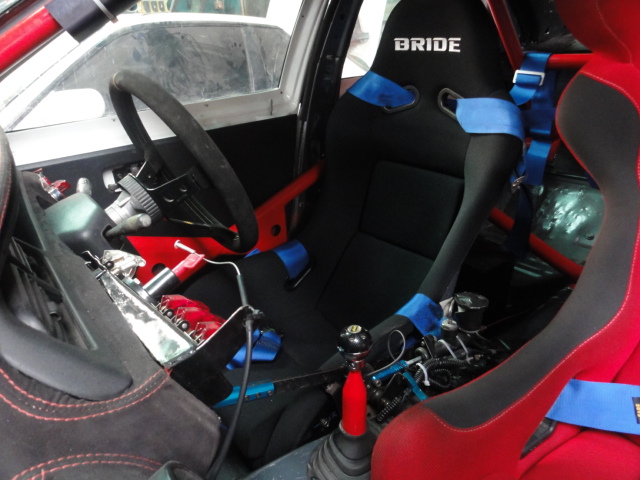 There were quite a lot of things we’ve asked to have done to the car, but I want to make sure I have the best possible car to compete in. 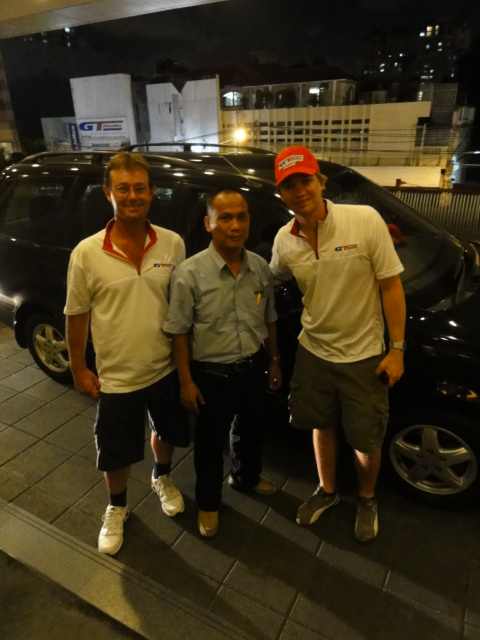 GT Radial have very kindly allocated a driver (above) for us to take us where ever we need to go for the whole stay! He’s usually very smiley, but by the time of this photo, he was concerned about all the cars he was holding up.  So at the end of the day, Nanang took us back to the hotel through the crazy Jakarta traffic.  I tried to take a photo, but even a video doesn’t properly show the sheer number of cars and scooters all around you weaving their way through the city amazingly without any roadrage from anyone!

I will update again tomorrow.  It’s the first official day of the event, but even though there is no competition or official practise, we will be very busy.  I have been selected to be part of a media conference in the morning, media rides later on, and they’ll be a briefing for all drivers in the afternoon.