On the podium again in Stanthorpe!

We arrived at Carnell Raceway, Stanthorpe early in the morning to -2 degree temperatures and frost all over the pit area.  After a very hasty setup it wasn’t long before the the frost had melted, the sun was shining and the action was on!

We got through the 4 heat battles feeling strong and qualified in 4th position. Then it was time to battle it out in in the A main top 8. We took on Barry Clark first up and we took a hard fought win after a very tidy battle.  In the top 4 we were up against Levi Clarke in the Exedy V8 S15 and after a very hard fought battle Levi took the win and we went through to the battle for 3rd place. 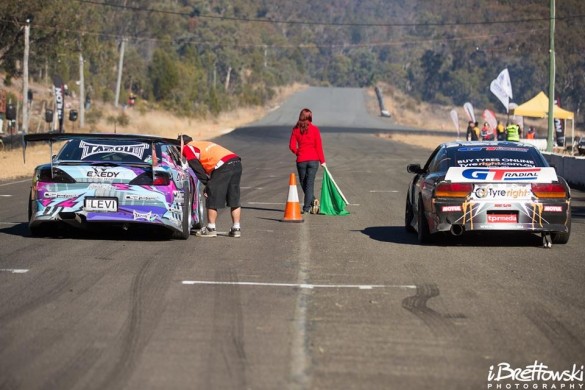 I pushed super hard chasing Brad Tuohy and couldn’t have possibly been closer! Check the pic!  Then on my lead lap after Brad had an issue on his run up, the GT Radials allowed me to pull a massive gap and were able to take the win netting us 3rd place! 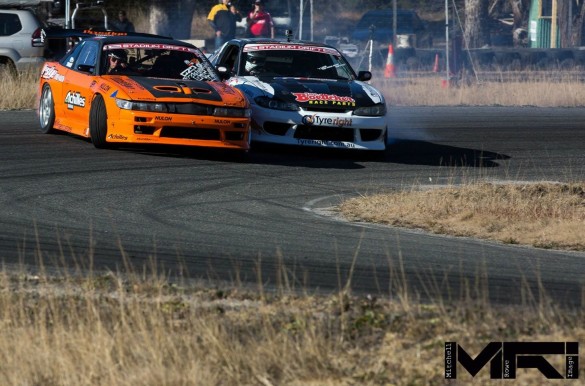 With only one round to go we are currently in 4th position in the series and well within grasp of taking 2nd at the final round.  A great effort after missing a round earlier in the season due to a date clash. 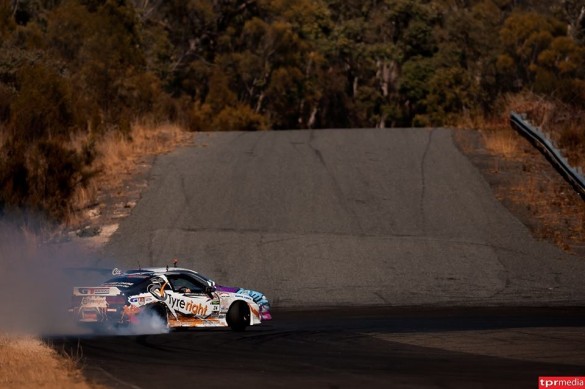 We are  looking forward to some huge events in the coming months along with a re-release of the crazy GT Radial V8 S15!!

Until next time, STAY SIDEWAYS!!!