The final round of the 2011 Stadium Drift Australian Pro Tour Series was held at Parklands on the Gold Coast last Saturday.  The championship was still up for grabs with the series leader, Danny Kenneally only 9 points ahead of me.  This meant that if I was able to win the round and he finished 3rd or worse, I would take the title for the 2nd year in a row, but if Danny made the top 2, he would definitely be the 2011 Pro Tour Champion. 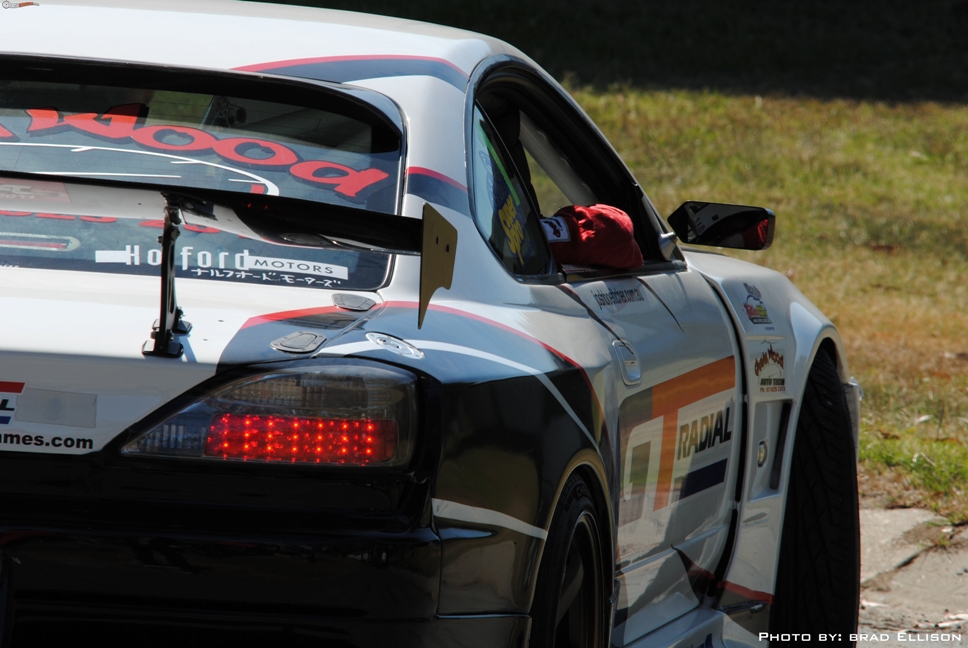 In the lead up to the event, the team made sure that everything on the car was spot on.  We set the car up as fast as possible for the tight Parklands track, and made sure that we had the GT Radial HPY tyres at the perfect pressure.  After the practice session the car was feeling a little too grippy.  So we slightly adjusted the alignment and lined up for the first 2 battles of the qualification rounds.

The first run was a big test for the setup, and straight away, I knew we had it spot on, I was able to stay right beside my opponent!  The next run we pulled a nice gap as well.  The next driver I was to battle was a little quicker, but I was able to stay right with him as well!  After the first 2 battles, we went back to pits for the break.  We checked the scores and I was in second place, and Danny was leading.  If the points stayed like this, and both of us won our knock out battles, we would not meet each other until the final 2.  I needed to try to meet Danny in the top 4 so I could have a go at knocking him out earlier! 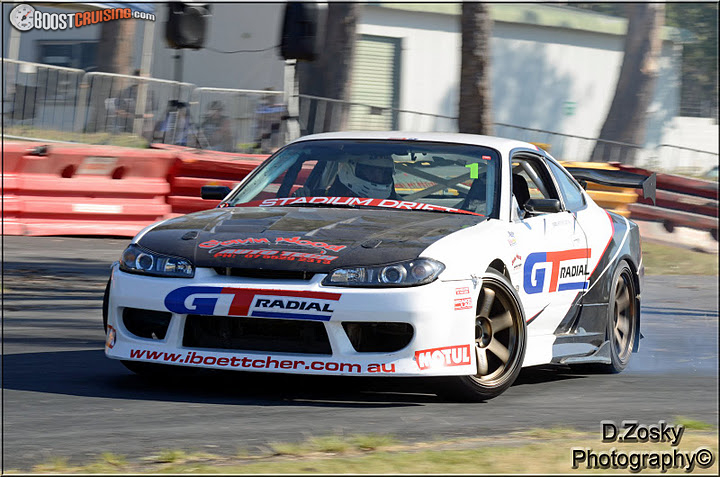 With this in mind, and my next heat battle against Danny, I was ready to make sure I had the speed to beat him when it came to the knock out rounds.  As we lined up, I did my usual tyre warming burnout, half way through it, the engine cut out… I tried to fire it up, but nothing was happening.  We had 2 minutes to fix it, or we would miss the next 2 runs!  My crew worked quickly to find the problem, but we soon realized that the crank angle sensor had failed.  We didn’t have time to fix the problem and therefore forfeited the next 2 runs and received 0 points for both.

Fortunately, Carlo Calzoula from team Exedy Clutch was kind enough to lend me his car for the final heat battle against team mate Rob Whyte.  I jumped in his S13 180SX for the first time and was able to run a clean lead lap. Then I managed to stay right with Rob when I was chasing and gain some important points.  It was then time to find out if I had done enough to make the top 8 knockout finals and have any chance of fighting for the title.  We got the news from the judges, unfortunately with the two 0 point runs, even though all 6 other runs were nearly the highest possible scores, I ended up in 10th position for the final round. 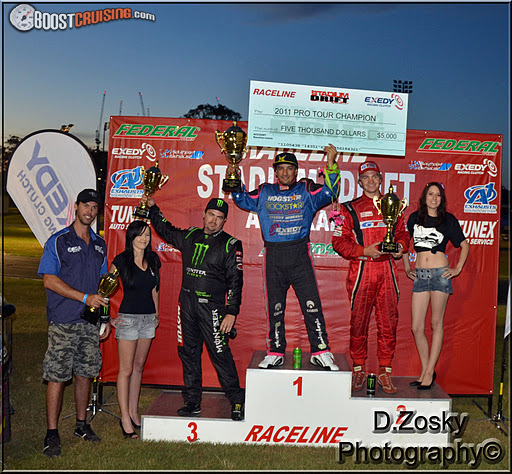 After finding out I wouldn’t be competing in the knock out rounds and therefore no longer had a chance at the championship I was obviously disappointed.  Before the finals, I found Danny and congratulated him on the 2011 Series win, and then thanked the team for all their hard work.  It’s a very hard way to finish a long season when you’re so close to the title.  But as they say, that’s motor racing!  We can’t be too down though; with 3 victories, and 2 other podiums, we finished the series in 2nd place! 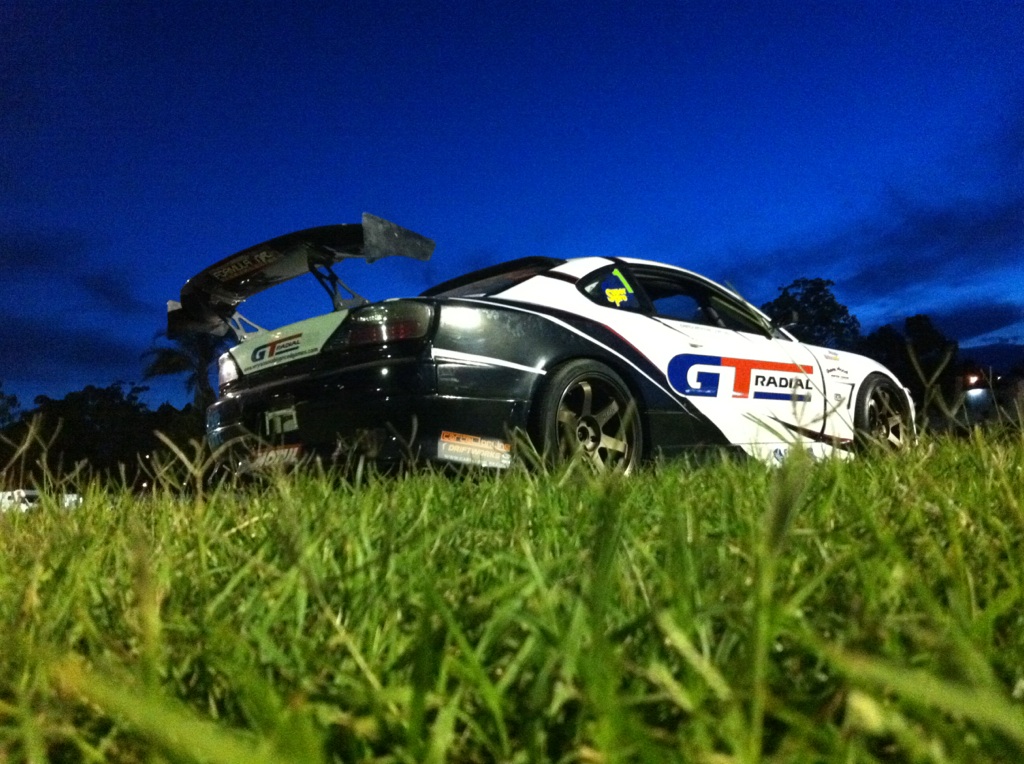 I can’t thank my sponsors, my team and of course my wife enough for all their help this year!  It’s been an incredible year, competing in a number of different series and events all around Australia and overseas!  But it’s not finished yet!  I’m excited to announce; on December 17 & 18, I will be competing in the third round of the 2011 Formula Drift Asia Series in Kuala Lumpur, Malaysia! We have also confirmed we will head to Thailand in February next year for the final round and plan to be challenging for a podium spot in the series!